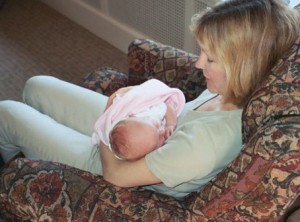 I discussed this with more experienced leaders. “Yep,” they agreed, “those breastfeeding problems happen more during major life events—especially holidays!” It was such a recognizable phenomenon, we were able to predict the types of calls we could expect based on the time of year. Toward the end of November, we started preparing for the flood of plugged ducts and mastitis calls. END_OF_DOCUMENT_TOKEN_TO_BE_REPLACED